HIA has developed a number of health-related resource materials for health service providers, academics, policymakers, and the general population.

Migration and Health: Perspectives on the immigrant population 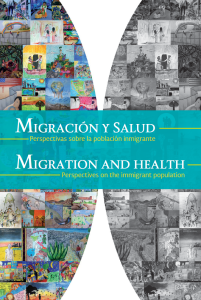 This year, the publication consists of seven papers, each addressing a particular theme. The populations covered include: migrants in the United States, migrants who have returned to their country of origin, and the population traveling through Mexico on its way to the United States. The report is a result of binational collaboration between the Government of Mexico, through the National Popualation Council (CONAPO for its Spanish acronym), Health Initiatives of the Americas, UC Berkeley School of Public Health, UC Davis, and UCLA. Through these papers, the authors document a wide variety of aspects related to the migration and health binomial, with the aim of contributing towards a better understanding of this phenomenon and improving the quality of life of the migrant population.

More materials and content related to the topic of migration and health such as reports, fact sheets and health care manuals can be found on the Material & Resources tab.

Health Initiative of the Americas

Health Initiative of the Americas